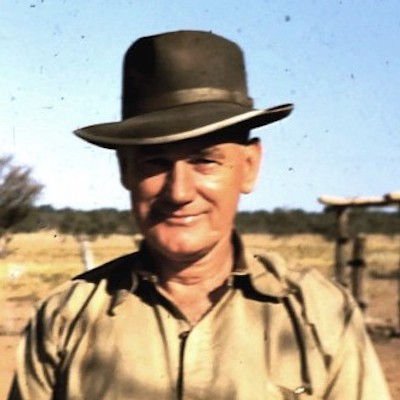 Born in Queensland in 1902, Stanley Guise (Stan) Middleton had twenty-two years’ experience in Sir Hubert Murray’s Papuan administration before being recruited as Western Australian Commissioner of Native Affairs. He was appointed by Minister for Native Affairs Ross McDonald to reform and modernise the Department, and to oversee a shift from policies of protection to assimilation. Middleton was shocked by the attitudes and practices he encountered in the Department, and wrote of the need to drag the state’s Aboriginal administration ‘out of the morass of apathy, neglect and prejudice into which it has been allowed to sink’. During his fourteen years as Commissioner he was a vocal, eloquent and forthright advocate for better treatment of Aboriginal people. He was often criticised, particularly in Parliament, for his outspokenness. Shocked by the racism he encountered in Western Australia, he carried out a campaign to counter the ‘ignorance and prejudice’ of the white community. The success of his efforts to improve the status of Aboriginal people in the state was limited by, among other things, a lack of funding, entrenched negative attitudes towards Aboriginal people, not least among the state’s legislators, and his own paternalistic assumptions about the need for government intervention in Aboriginal lives.

Middleton had an uneven relationship with the Pilbara movement. His concern to end poverty among Aboriginal people led him to support the mining cooperative during its prosperous years in the early 1950s. In his outrage at Western Australia’s treatment of its Indigenous population and in his determination to change mainstream attitudes, to end exploitation, and to remove legislative barriers to the freedom and dignity of Aboriginal people, he had much in common with Don McLeod. He was prepared, in the early 1950s, to defend McLeod against criticism, particularly from pastoralists whom he accused of exploiting Aboriginal workers. After the financial collapse of NODOM he was also willing to make an exception to his usual assimilationist practice of dealing with Aboriginal people only as individuals, by assisting the cooperative as a group through the formation of the Pilbara Native Society.

Following the establishment of Pindan Pty Ltd in 1955, he directly opposed the movement, believing that the group’s welfare suffered from what he called McLeod’s ‘meddling, muddling and mismanagement’. He had, he wrote, ‘the warmest possible detestation of McLeod and what he stands for in regard to the unfortunate natives under his influence’. When direct opposition failed, and when the group refused to engage in any way with the Department, Middleton determined, with bitter frustration, to ignore the movement completely. He did, however, work to establish a better relationship with Ernie Mitchell’s Pindan faction at the time of the split in 1959 and 1960.

Middleton resigned as Commissioner for Native Affairs in 1962, and replaced by Frank Gare. He died in 1991.