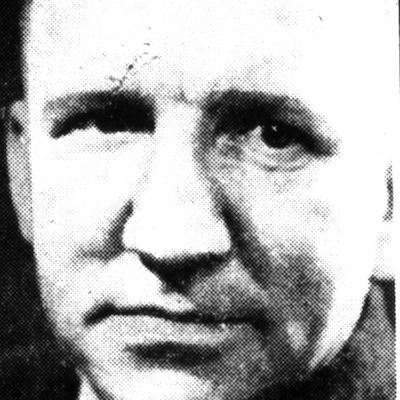 The Seamen’s Union of Australia had a reputation for militancy. Secretary of the Fremantle Branch in the 1940s was Ron Hurd (pictured here), a socialist who had fought with the International Brigade in the Spanish Civil War and who was always prepared, according to the Workers’ Star, ‘to call a spade a spade and a fascist a fascist’. In late April 1949, when 43 marrngu were in prison as a result of Dooley’s civil disobedience campaign to fill the jails with strikers, the Fremantle Branch of the union resolved to impose a black ban on the shipment of wool from Pilbara stations if strikers were not released and if the persecution of strikers did not cease. The union also demanded the payment of wages at rates being paid on Mt. Edgar Station. Hurd warned state and federal government officials that wool shipments would be disrupted if these conditions were not met, a warning he made repeatedly over the next two months.

By the middle of June 1949 all but one of the 43 convicted strikers had served out their two-month and three-month sentences, and government authorities hoped the threatened action would be averted. When a further ten strikers were arrested by the police at Nullagine on 20 June the Department of Native Affairs took urgent steps to ensure they were acquitted, while the Seamen’s Union took steps to follow through with its threat to refuse to load wool. The first ship to be affected by the ban, which was imposed on 1 July, was the S. S. Dorrigo, which bypassed Port Hedland to prevent disruption to its schedule. On 16 July, when the S. S. Kybra docked at Port Hedland, her crew refused to load wool bales awaiting shipment on the dock. The seamen’s employer, State Shipping, declared the strike illegal and began logging, or fining, the men for failing to load wool. Over the next two days a dispute ensued between the Seamen’s Union members on the Kybra and dock workers belonging to the Australian Workers’ Union (AWU), who were instructed by their leadership not to support the ban. With the ban likely to be undermined by AWU opposition, McLeod sought, and received, telegraphic assurance from Department of Native Affairs official, Sydney Elliott-Smith, regarding rates of pay for Aboriginal workers on Pilbara stations, on the strength of which the ban was lifted. The wool was loaded on 18 July, just two days after the Kybra had arrived in port. No disruption to the wool industry had taken place. The Western Australian Government assured pastoralists that Elliott-Smith had no authority to set wage rates for Aboriginal workers, and his assurance had no effect on wage negotiations. Nevertheless, the solidarity action taken by the Seamen’s Union was significant, adding to pressure on government authorities to take a less punitive and more conciliatory approach in their responses to the strike.