In the early 1960s the left-wing film-maker Cecil Holmes and the novelist Gavin Casey prepared a script for a film about the strike called ‘To a Promised Land’ (which was never made). At the heart of it was a mythic story about Daisy Bindi leading a march of several mobs of Aboriginal people some 300 miles from Roy Hill station in order to join the main mob. This march actually took place in 1952, and involved a semi-trailer truck being sent to bring the people to the mineral fields.

'To a Promised Land' Script 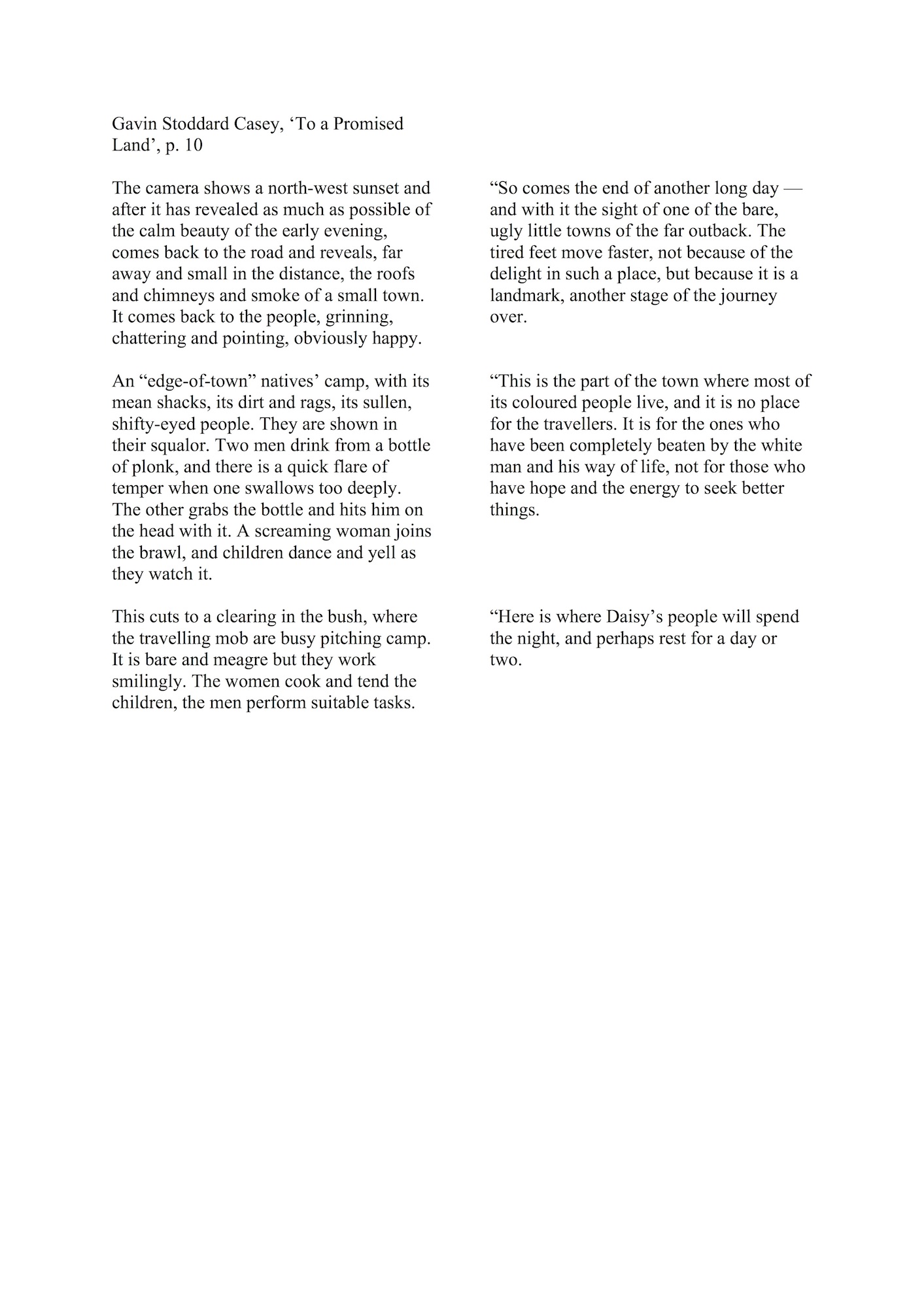 Excerpt of the script of ‘To a Promised Land’, Gavin Stoddart Casey Papers, State Library of Western Australia, MS 8129A. 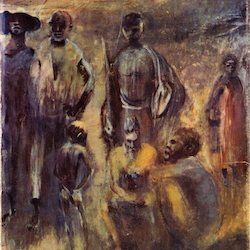 The jacket-cover of Donald Stuart’s documentary novel Yandy featured an oil painting by James Wigley, Don McLeod and his Mob. 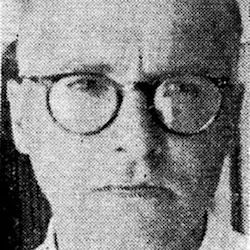 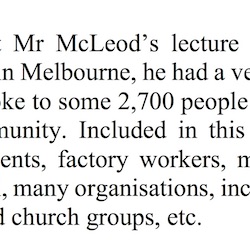 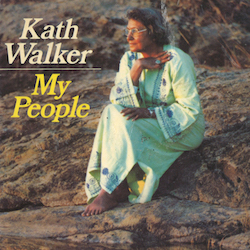 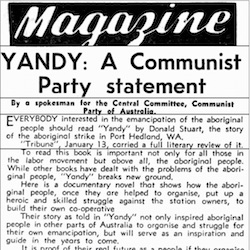