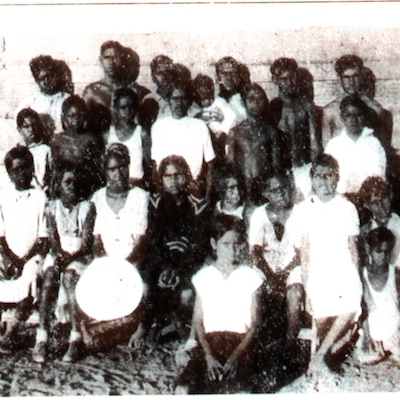 In 1947, when the Department of Native Affairs attempted to negotiate conditions under which strikers would return to work, Sampie and McKenna insisted that official recognition of the North-West Workers’ Association was a key condition for their return to station employment. In 1949, McLeod corresponded with government officials on behalf of ‘the NW Workers’ Co-op’. It was as secretary of that organisation that he appealed that year to the Fremantle Branch of the Seamen’s Union to impose a black ban on the shipment of wool from Pilbara stations.

In the 1950s the group was known by its company names or, more often, as ‘the McLeod Group’ or ‘the McLeod-Mitchell Group’. However, following the collapse of Northern Development and Mining and before the establishment of Pindan, McLeod wrote that they were now working under their ‘old syndicate formation as North West Workers Co-operative’. In early 1954 Ernie Mitchell wrote to government officials as ‘President of the Far North-west native workers co-operative group’, and Des Stuart, or Lilyahri Stuart as she then called herself, as ‘Secretary for North-West Workers Co-operative Group’. In 1955 McLeod sold, on behalf of the North-West Workers Co-operative, two drums of tanto-columbite which became the subject of a dispute between himself and Commissioner for Native Affairs, Stan Middleton. Usage of the name ceased after the establishment of Pindan Pty Ltd later that year.