Marrngu who left Pindan continued to mine with McLeod under the company name ‘Nomads’. Immediately after the split, they shifted to the Roebourne area. This photograph by the anthropologists John and Katrin Wilson shows members of this group with McLeod, drilling for water near Roebourne. The Nomads group later purchased Strelley Station.

Men Drilling For Water Near Roebourne 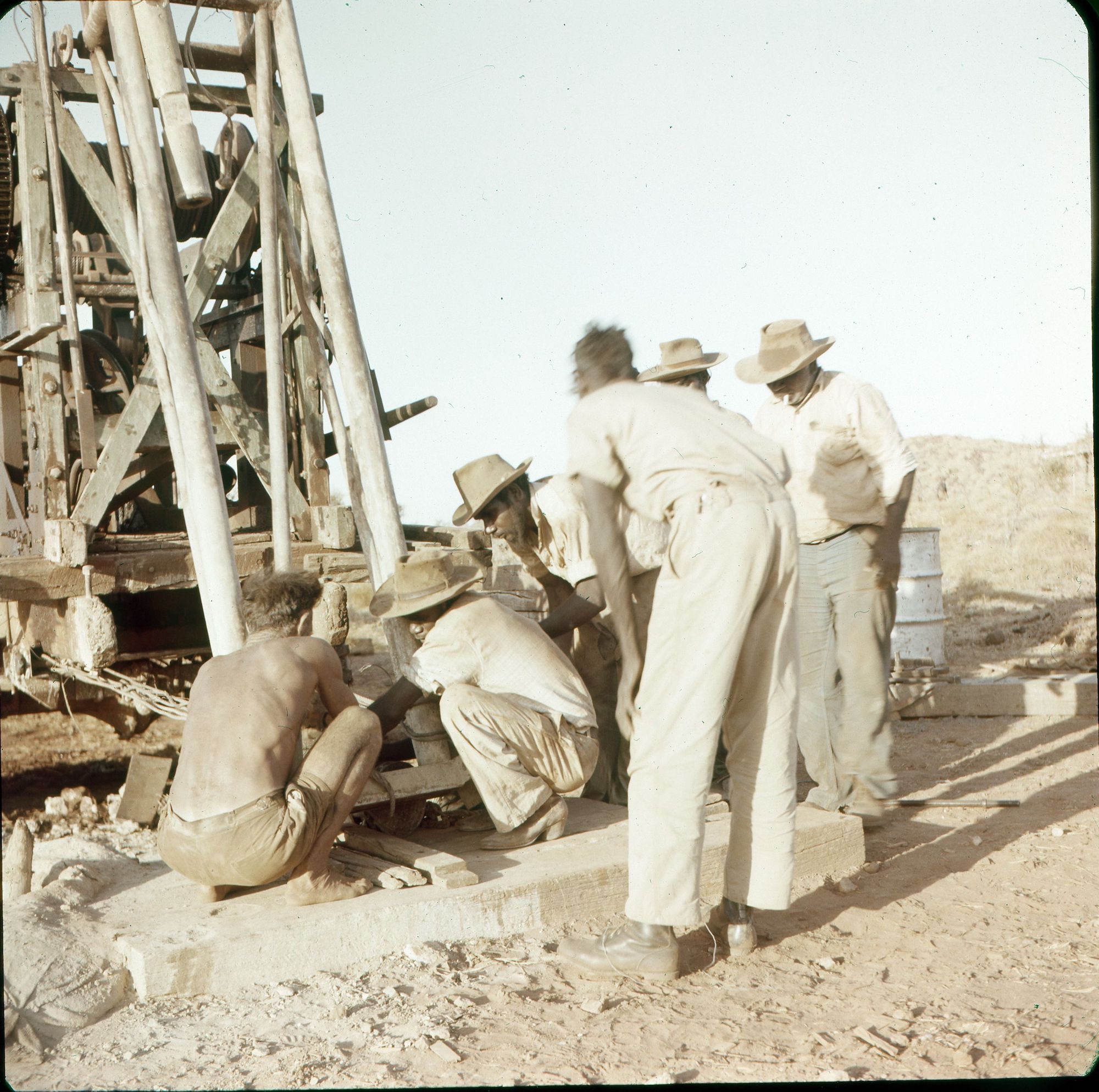 Photograph by John and Katrin Wilson. 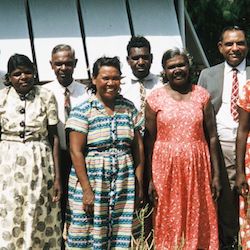 In 1958 Pindan returned to mining, embarking on a joint manganese mining project with Albert Sims and Co, through a syndicate company called Simdan. However, discontent within Pindan led to upheaval in the company’s affairs and to McLeod’s resignation in 1959. Pindan became a wholly Aboriginal company. This photograph of the Pindan shareholders with their wives was taken by the anthropologist John Wilson. 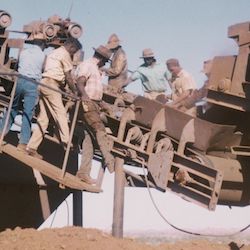