In the 1950s it was illegal for Aboriginal people to cross from north to south of the 20th parallel, a provision inserted in the Native Administration Act 1936 as a precaution against the southward spread of leprosy. Deeming the provision to be discriminatory, marrngu defied the law by travelling back and forth across the ‘leper line’. In 1957 they brought people into the cooperative from stations north of the line in contravention of the Act. This led to conflict with the police and the Department and saw Dooley Binbin being prosecuted. 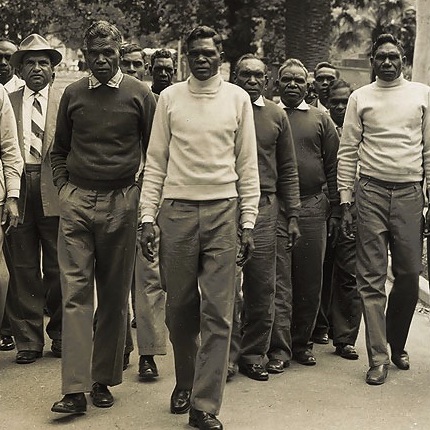 The group and the government had established a good working relationship in the early years of the 1950s, but this relationship deteriorated badly in the latter half of the decade. This photograph shows Pindan men in Perth to attend court for a libel case they took against the Australian Broadcasting Commission and Commissioner for Native Welfare Middleton. 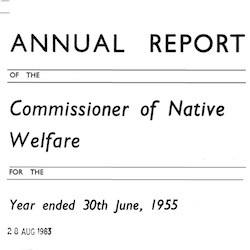 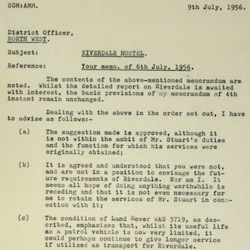 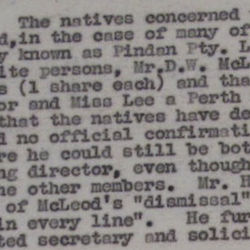 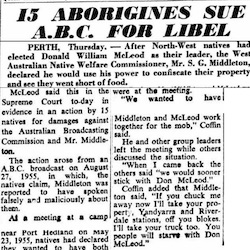