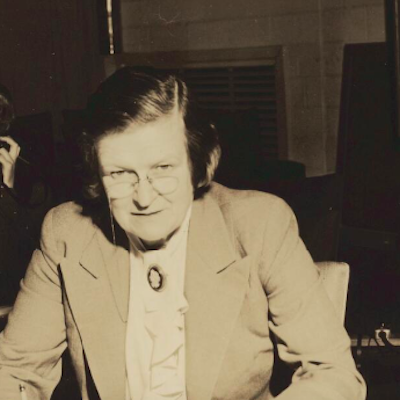 Born in 1889, Jessie Mary Grey Lillingston had wealth and social status both through her own family circumstances and those of her husband, Kenneth Street, whom she married in 1916. Despite this, she threw herself into a life of social reform. In Sydney in the 1920s and 1930s, she played a prominent role in women’s rights organisations and campaigns and was a founder of the United Associations of Women. The Great Depression led her to view socialism as a means of achieving greater social and economic justice. Visiting the Soviet Union on several occasions, she highlighted Soviet achievements in improving the status of women and urged stronger links between Australia and the Soviet Union. In the 1940s she stood for election in the federal House of Representatives as a Labor and later as an Independent candidate, coming close to winning the New South Wales seat of Wentworth for Labor in 1943. She had a number of government appointments in the 1940s, including as a delegate to the conference to establish the United Nations. By 1950, however, when her husband became Chief Justice and Lieutenant-Governor of New South Wales, cold war anxieties and public scrutiny in Australia led her to continue her activities from London, where she lived until 1956, taking a prominent role in the World Peace Council and engaging in other international peace and human rights campaigns.

Street became aware of the Pilbara movement through her role as an executive member of the Anti-Slavery and Aborigines Protection Society, particularly by hearing Don McLeod’s account of the movement, recordings of which were sent to her by John Clements, President of the Australian Peace Council Western Australia. She began corresponding with McLeod, and in 1957, as part of a tour of Australia to investigate conditions under which Aboriginal people were living, she visited the cooperative camps on the Pilbara coast to Port Hedland’s north-west. Highly impressed with the confident bearing of the Pindan people, she altered her schedule to return to Perth to urge government officials to provide more support for the cooperative. In addition to her general report of her tour, Street produced a separate report on her visit to the Pindan camps, and sought ways to assist the movement, including speaking to Australian government officials and attempting to organise a teacher. During her visit to Perth in 1959, she became directly involved in discussions between McLeod and the group’s mining partners in an attempt to resolve disputes which had arisen.