The arrest of CDNR secretary Rev. Peter Hodge, when he visited strikers at the Twelve Mile in August 1946, drew public attention to the oppressive nature of Western Australia’s Aboriginal legislation. His conviction was overturned on appeal to the High Court of Australia, which led to the overturning of a three-month jail sentence imposed on McLeod for the same offence. 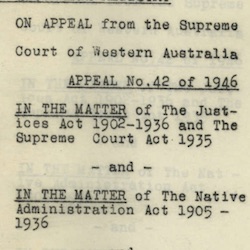 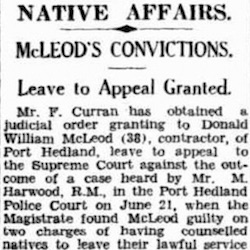 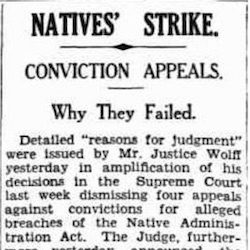 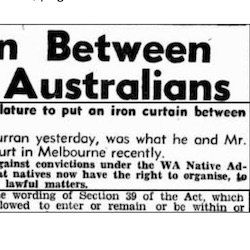 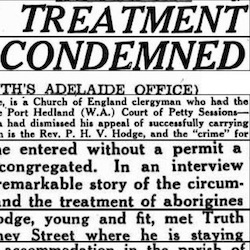