Believing that all Australians should be outraged at Western Australia’s refusal to comply with the conditions under which self-government had been granted in 1890, the group sought public support for their one percent demand. This pamphlet was produced by Pindan Pty Ltd and distributed at a meeting in the Perth Town Hall at which McLeod, Coppin and Mitchell spoke.

Have the Natives of W.A. Been the Victims of a Confidence Trick

Have the Natives of W.A. been the Victims of a Confidence Trick, Pindan Pty Ltd pamphlet, undated [1957]. 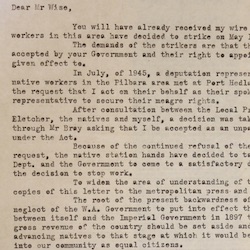 On the eve of the strike in 1946, McLeod referred to the repeal of Section 70 as the root cause of unjust conditions that Aboriginal people were no longer prepared to tolerate, a position that the group continued to maintain in the years that followed. 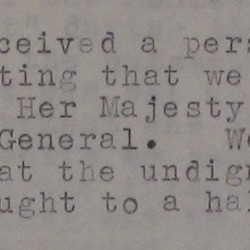 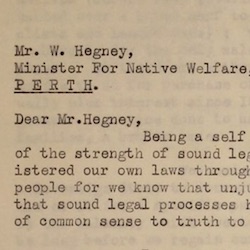 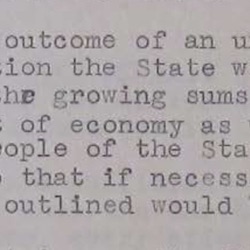 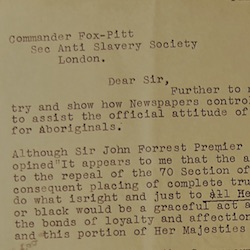