This letter from cooperative member Jack Gordon to his wife Maudie was written in response to her plea for him to return to her in Meekatharra. The letter is scribed by McLeod, and Jack’s explanation for his decision to remain with the cooperative may have been influenced by McLeod. 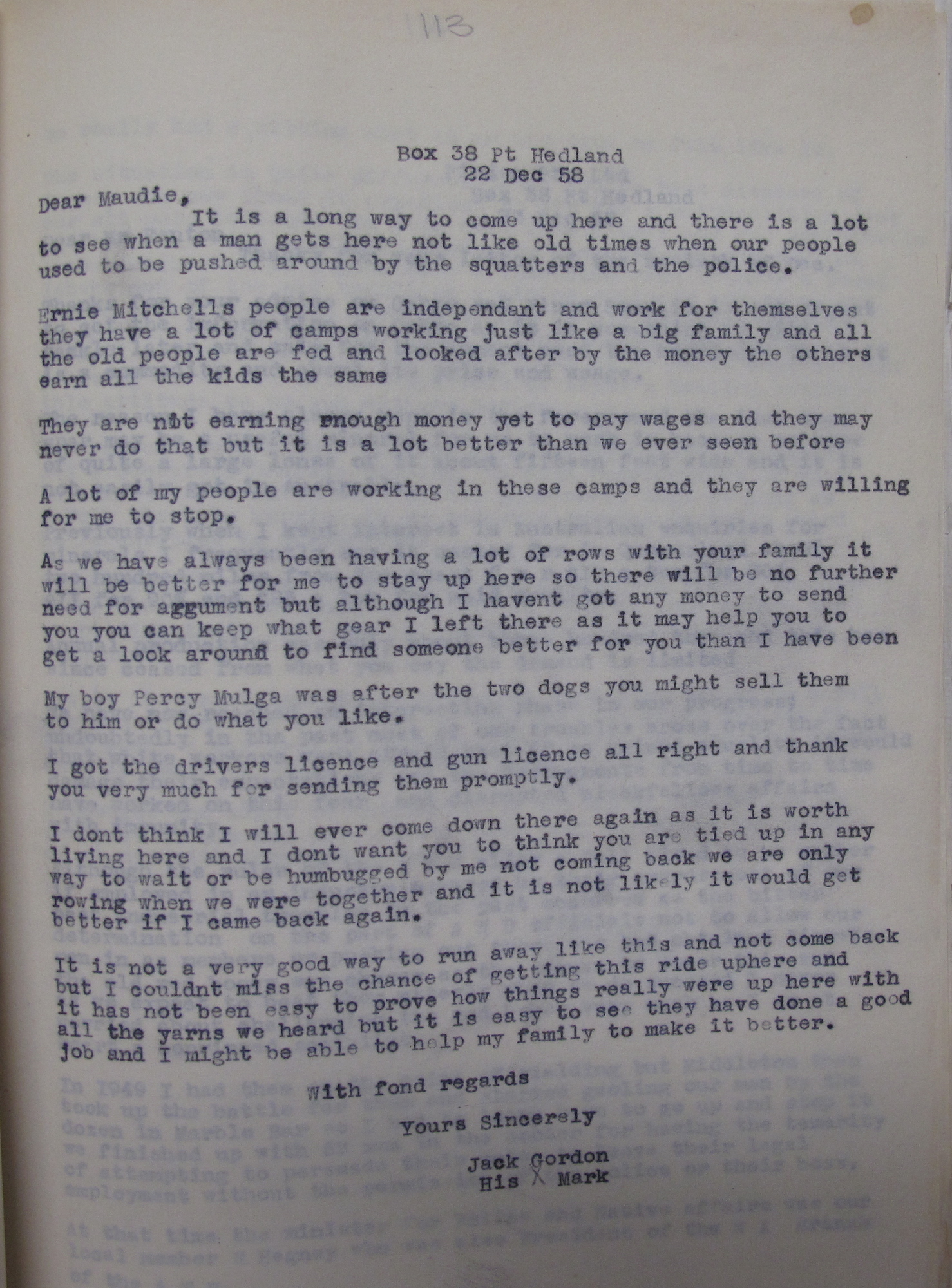