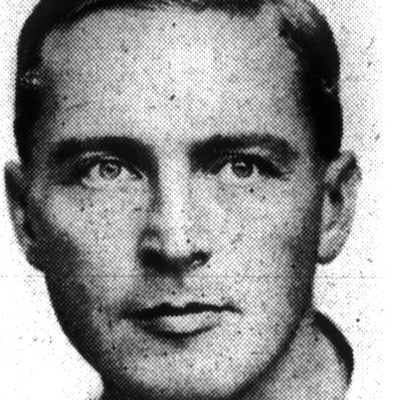 Committee for Defence of Native Rights

The Committee for Defence of Native Rights was an organisation established to support the strike. It came into being at a public meeting in the Perth Town Hall on 28 May 1946, called in response to the imprisonment of Dooley Binbin, Clancy McKenna and Don McLeod. At its formation, the Committee undertook to support the strikers in their demand for wages of 30/- per week, and to seek all means to secure the release of McKenna and Dooley. President of the Committee was Alexander Thomas Hicks Jolly, a medical doctor and a Communist (pictured here), and its vice-presidents were Gilbert Foxcroft of the Society of Friends (the Quakers) and Don McLeod. Anglican minister Hugh Peter Vere Hodge was secretary. Other committee members included Aboriginal activist Tommy Nyinda Bropho, broadcaster and peace and women’s rights campaigner Irene Greenwood, and an Aboriginal woman, Mary Morden, who had been at the centre of protest action two years previously, when she refused to shift from Bayswater to a designated camping area and was consequently removed by the Department of Native Affairs to the Moore River Settlement. Patron of the Committee was the Very Rev. Robert Henry Moore, the Anglican Dean of Perth.

Despite the Committee’s broad base, the Department of Native Affairs dismissed the organisation as a Communist front. Western Australian Minister for the North West, A. A. M. Coverley, who had responsibility for Native Affairs, wrote that ‘the Communists are working through a subterfuge body known as the ‘Committee for Defence of Native Rights’ and set up by themselves’.

Although this belief probably weakened the Committee’s effectiveness as a lobby group, the organisation played an important role in enabling the strike’s success. One of its first actions was to engage a lawyer, Fred Curran, to defend Don McLeod against charges of inciting the strike. During the first year of the strike McLeod and striker Tommy Sampie kept the organisation informed about events as they unfolded in the Pilbara, and it was active in disseminating this information, mainly through the pages of the Western Australian Communist newspaper The Workers’ Star but also through leaflets. The availability of legal defence for the strikers, together with the national and international attention created by the Committee’s campaign, prevented the Department of Native Affairs from dealing with strikers with the punitive severity that continued to characterise its responses to Aboriginal dissent in other parts of the state.

In the years following its formation, the organisation changed names and adopted broader aims. In mid-1947, under the name of the ‘Native Rights League’ and with Joy Alcorn as secretary, the organization continued to give some campaign support for the strike. In 1949, now called the Native Rights and Welfare League, it campaigned for the release of Aboriginal strikers when a large number were imprisoned. By this time, however, with Joy Alcorn no longer involved, the organisation was taking on a more local welfare focus, particularly in supporting Aboriginal people in the Perth suburb of Bassendean to obtain adequate housing. By 1950, the Native Rights and Welfare League was expressing support for the increasingly assimilationist approach of the Department of Native Affairs and congratulating the new Commissioner for his ‘efforts to uplift the natives’.