Acting Commissioner for Native Affairs Lew McBeath attended the public meeting at which the CDNR was formed, reporting on proceedings to Commissioner Francis Bray. Bray’s report to Premier Frank Wise indicates his propensity to dismiss protest as a communist stunt. 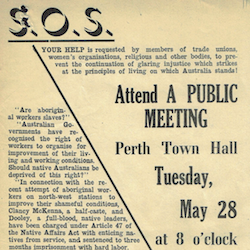 Despite the organisation’s broad base, the involvement of prominent communists, such as author Katharine Susannah Prichard, who wrote this flyer, resulted in it being labelled a communist front organisation by its critics. 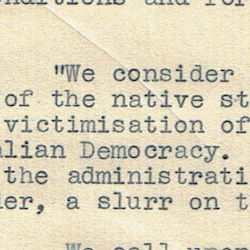 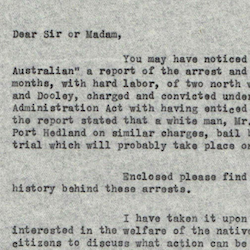 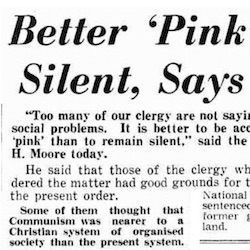