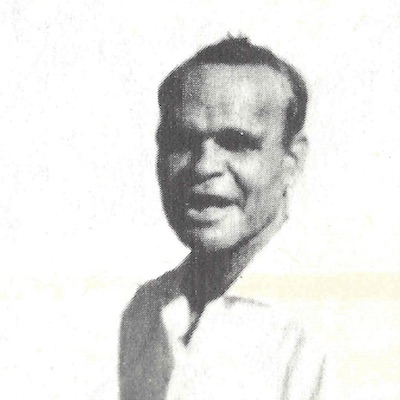 Clancy McKenna (Warntupungkarna) was born in 1909, the son of pastoralist Maurice McKenna and Nellie (Nyamalangu), a Nyamal woman who worked on Maurice McKenna’s station. Probably born on Meentheena Station, Clancy grew up on Coongan (also called Bungalow) and other Pilbara stations. He worked at various jobs around the Marble Bar areas, including as a fencing and well-sinking contractor, a gold miner, and truck driver. Capable of earning higher wages than most marrngu, he resented the inequality of his treatment as an Aboriginal person. Jack McPhee (Wanamurraganya) described him as ‘a thinking man’.

McKenna was one of the early instigators of the strike movement, becoming involved in discussions with Kitchener and McLeod during 1944. He told Jack McPhee, “sour bread and kangaroo, old tea and no pay, that’s not right Jack. Striking is the only way, we don’t want to be treated like dogs anymore”. He was particularly interested in the idea of marrngu purchasing their own land. He organised important meetings at the Port Hedland Four-Mile camp in July 1945, spread word about the planned strike and collected money to buy land until threatened with arrest by the police. In March 1946 he and Dooley made final arrangements for the 1 May strike action. He was arrested on 7 May while attempting to organise a meeting of representatives from all stations to plan further action. For his role in organising the strike he received a three-month jail sentence but was released in late June following widespread protest. He played a leading role in demonstrations in Port Hedland in July and August 1946, after which he became a leader of the strike camp at the Twelve Mile. Non-Aboriginal observers were most impressed by him. Rev. Peter Hodge noted his ‘fine qualities of leadership and a thorough grip of the position’, and Dorothy Hewett described him as ‘a giant with the strength and resourcefulness of all good leaders’. Even the Acting Commissioner for Native Affairs, Lew McBeath, found him ‘very well spoken and also intelligent’. In early 1947 McKenna served a further two-month jail sentence for his role in preventing a party of strikers returning to station work.

McKenna left the strike movement during the second half of 1947, taking work on Mundabullangana (Munda) station and playing no further part in the strike. He joined the mining cooperative in its heyday in 1951 or early 1952, but left, unhappy at organisational arrangements including the decision not to pay wages to cooperative members. He was also involved for some time in Pindan’s activities in the 1960s following the split. In the mid-1970s he recorded the story of his life with Kingsley Palmer, which led to the book Somewhere Between Black and White. He died in Marble Bar on 20 August 1979.