In this recording, Billy Thomas (Pitpit) speaks to school children in Nyangumarta about the beginnings of the strike. 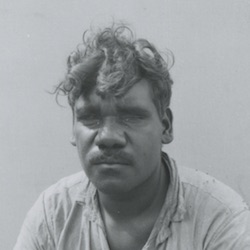 The old man, Ngarnka (Don McLeod), when he was a working man, he went around working as a well-sinker really, or a miner. He was living and working at the last place there, in Bonney Downs, and he was digging the Walareenya well. He had with him all those Milangka men, my classificatory fathers, who had come from Noreena Downs in the east, and from Bonney Downs in the west. They were digging that well on the Bonney Downs boundary. They lived there, and after a while they became confident enough to talk to him, and they talked together about how this had come about. They talked to each other about how the walypila used to treat them in the old days. And when we were kids, even recently, how they were still treating us even then, us who were coming along after them. But we had already been doing enough of that for them. For a long time we had been letting them treat us how they liked. They had not been giving us anything. We used to go on holiday from the station, we would go off for a holiday on foot. Then on the day they wanted us back, maybe after a couple of weeks, he would want us to come back to work on foot. If people stayed away for longer than two weeks, he would send the police out after us. The police would then hunt us back to work on the station. So then we’d go back on foot. They got sick of all this kind of thing. 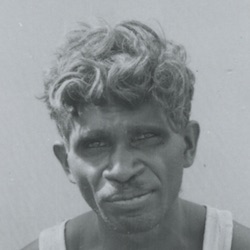 According to Snowy Jittermarra (Maruntu), marrngu had been looking for a long time for a way to acquire greater control over their own lives. Discussions between a Nyiyaparli man called Kitchener and McLeod, who had already come to the attention of authorities for political activities on behalf of Aboriginal people, offered a way forward. 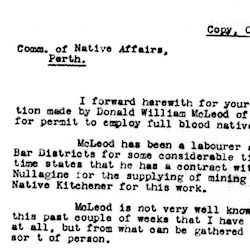 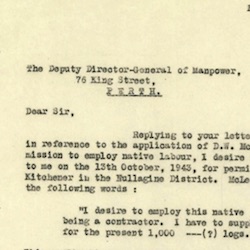 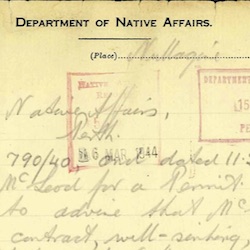